The Witcher Season 2 Review: Netflix's Fantasy Series Matures In All The Right Ways

Jump to Latest
oxaAuthor
The Witcher Season 1 brought Polish fantasy character Geralt of Rivia to life with a satisfying, if sometimes confusing, first chapter. It put Henry Cavill at the center as the titular monster hunter, and let us see the world through his eyes. As The Witcher dips into its second season, the show expands its focus to embrace the other characters around Geralt more deeply, switching its episodic structure up for something more linear.
The structure of the first season was one of its most divisive elements. The show slowly revealed that it was giving us three separate timelines following Yennefer of Vengerberg, Geralt of Rivia, and Princess Cirilla of Cintra. As a result of their varying ages and separate origin stories, this structure made a kind of sense from a narrative point of view, but some viewers struggled to make sense of it. The structure created an episodic season that remixed elements of Geralt's different adventures.
What we get in The Witcher Season 2, based on the first six episodes which were provided by Netflix, is a more straightforward narrative that sacrifices variety for depth.
This, to some degree, matches the cadence of the Witcher stories. Before author Andrzej Sapkowski wrote the five-novel Witcher Saga about Geralt, Ciri, and the Elder Blood prophecy, he filled two books with short stories. He then dove into Ciri's growth, the prophecy around her, and the politics of the Continent and its kingdoms. The show doesn't follow that exactly, but it does focus on the greater world around Geralt--still through his eyes, but more aware of the way different parts interact.

As with the novels, Ciri becomes as much a protagonist as Geralt and Yennefer. We get to see her as a more active character. Where Season 1 relegated her largely to the role of a damsel in distress, Ciri feels like a more fully-formed character. She arrives with Geralt at the Kaer Morhen, Witchers' home base, early on. Now safe, away from the constant need to survive, she begins to boil with anger and a need for revenge. Ciri grows quickly, and so does Geralt. He's a father figure to the orphaned princess, and we quickly see how they affect each other.
Freya Allan and Henry Cavill both do a great job of bringing these characters to life in ways that reflect both the novels and pieces of the games as well. Ciri struggles to process her hurt, instead using it as fuel for her anger. Geralt, meanwhile, begins to face up to the notion that maybe Witchers aren't quite as emotionless as they like to tell themselves. Aside from the fact that Geralt can't seem to help but get involved with every monster problem he comes across--whether there's a payday or not--he also finds himself becoming increasingly and reluctantly entangled with Ciri.
Cavill has more to do this season, as Geralt speaks a lot more. He's a good-looking dude with an epic chin and muscles for days, but that only goes so far. Geralt has to do and say things. Cavill feels like a good fit for this character in the same way that Keanu Reeves fits Neo and John Wick so well. His range isn't infinite, but it's easy to see how much he loves this character, and how his input--Cavill himself insisted on more lines for Geralt--improved the role.
That reflects on Ciri, too. The two have very good chemistry as a father-daughter team. As Ciri thrashes around looking for power and safety for herself, she also looks to Geralt for safety. She trusts him.
Other performances are sticky, too. Kim Bodnia brings just the right amount of wisdom and sorrow to Vesemir, Geralt's mentor. Anna Shaffer's take on Triss in the first season was fine, at best, but she feels more real this time. She has feelings for Geralt, but also sees the world with more clarity than many of those around her, seeing the danger that Geralt, Yennefer, and Ciri are headed for.
This season levels things up from a visual and production perspective as well. The first episode centers on a man named Nivellen from one of the early short stories in the Witcher mythology. Kristofer Hivju--Tormund Giantsbane in Game of Thrones--is clad in full-face prosthetics throughout most of the episode. This character appears in only one episode of what was provided by Netflix, but Hivju imbues the character with humor, warmth, and sadness that kept me thinking about him five episodes later. It speaks equally well to the makeup artists who put his Boar-like look together and to Hivju himself for acting through those prosthetics. That doesn't even start on some of the cool monsters Geralt and his cohort battle, from a terrifying tree-like monster to a creature that makes your run-of-the-mill giant centipede look downright friendly. 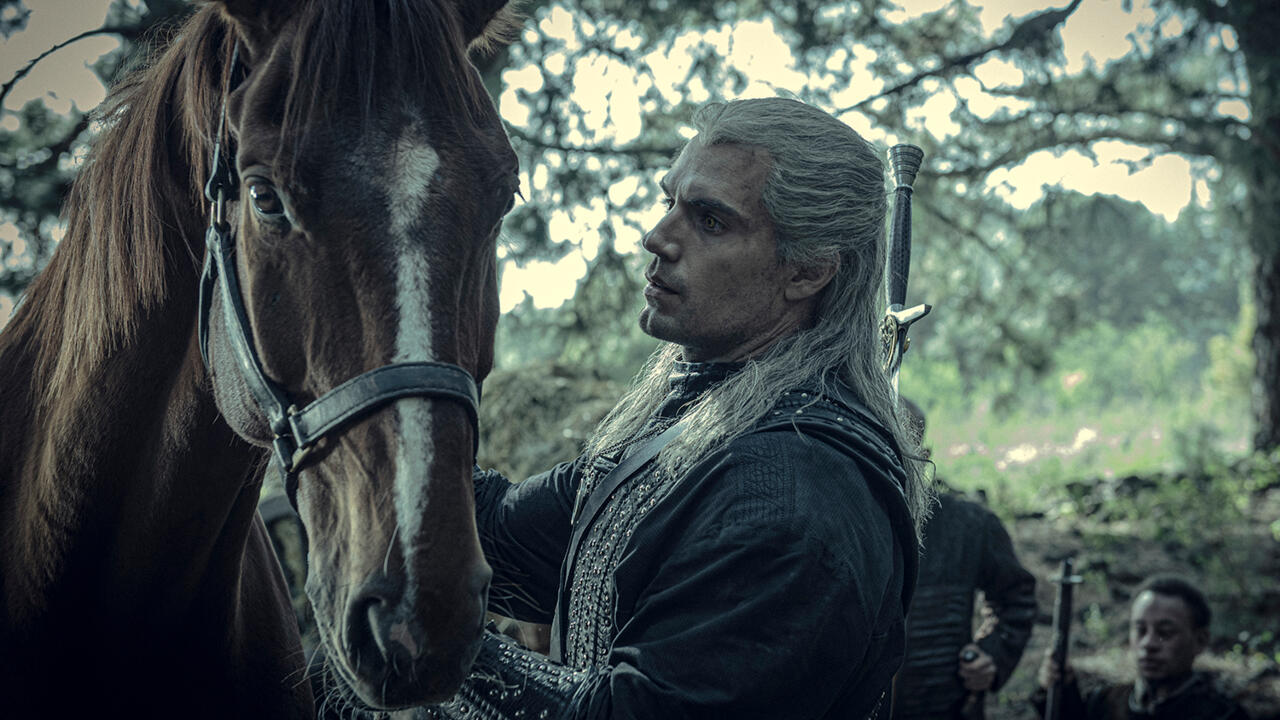 Another character fans of the franchise were unsure of in the show, Cahir, comes beautifully to life, too. Many first encountered Eamon Farren in Twin Peaks: The Return, where his character, Richard Horne, was equal parts evil and insipid, an expectation viewers may have for him here. He spends a lot of time with Yennefer, though, and it helps flesh him out. The two stand on opposite sides of Nilfgaard's bid for power, and we can already see cracks forming in the image Cahir had of his homeland.
One thing that helps keep the monsters interesting, whether in an episodic format or not, is that the show doesn't just drop in creatures for Geralt to defeat. The Witcher stories have always treated the magical world Geralt lives in as a living ecosystem. Monsters are unnatural, and they're as much a symptom as they are a problem. This is a common thread through the novels, the games, and the show that helps humanize Geralt. He's a monster hunter for hire, but he's not content to simply decapitate a beast and be on his way. He always does it the hard way.
Elsewhere in the world, the show begins to wade into politics. There's a delicate interplay between the Northern kingdoms, Nilfgaard, the Sorcerers' Lodge, and the elves. Elves didn't really factor much into the first season, but they play a huge role in the stories of Ciri and Yennefer, and an important political role in the world of the Witcher. While the cast itself is more diverse than the books hinted at, the non-human races--elves primarily, dwarves to a somewhat lesser degree--are subject to hate and violent ignorance in this world, something the show begins to get into.
Though the episodic nature of the story has receded somewhat, that feels like a good fit for this part of the story. With the announced Witcher Season 3, we could see it make a comeback. As Ciri grows and spends more time on her own, Geralt may have more time to hunt. That's purely speculation, of course, but that The Witcher can move fluidly between these different storytelling styles while still feeling like a cohesive thing speaks to how fleshed out the world and characters have become. That first season's timeline was undoubtedly confusing, but it also helped set the pieces for each of these characters to come to life.
With six episodes down and only two left, the season feels too short despite the fact that it improves on the first season in just about every possible way. It would be easier to savor if it was releasing week-by-week so that we could watch it over an extended period of time. Netflix clearly wants The Witcher to be its Game of Thrones; two seasons deep, already there's an animated movie and multiple spinoff series in the works. With whole seasons dropping at once, though, The Witcher doesn't stick in the cultural consciousness the same way that Game of Thrones did. This season is a great example of why Netflix needs to think twice about these binge-drop seasons.

1 - 5 of 5 Posts
Join the discussion
Continue with Facebook
Continue with Google
or sign up with email
About this Article
0 likes
4 Replies
Written By: